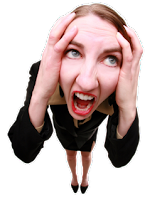 The NYT has an interesting article that debunks this rule.

Is there anything exercise science has taught me that hasn't been completely or at least partially wrong?


Half the participants were assigned to a training program that increased their running time by 10 percent a week over 11 weeks, ending at 90 minutes a week. The others had an eight-week program that ended at 95 minutes a week. Everyone warmed up before each run by walking for five minutes. And everyone ran just three days a week.
And the results? The two groups had the same injury rate — about 1 in 5 runners.
Maybe, the investigators thought, they might prevent injuries with a conditioning program before the training started. So they did another clinical trial, randomly assigning one group of novice runners to a four-week program of walking, hopping and jumping rope before starting the running program. The others started right in with running.
The conditioning program had no effect. Once again, about 1 in 5 runners in both groups wound up with injuries.
Posted by Paul on Wednesday, June 22, 2011