Here are some comparison plots that can show the coarse differences in my training for Weeks 15,14 for Eugene vs Tacoma.

In this graph you can see that I have put in a lot of miles at slower bpms than Tacoma (see the high green bards down at 110 to 120?) 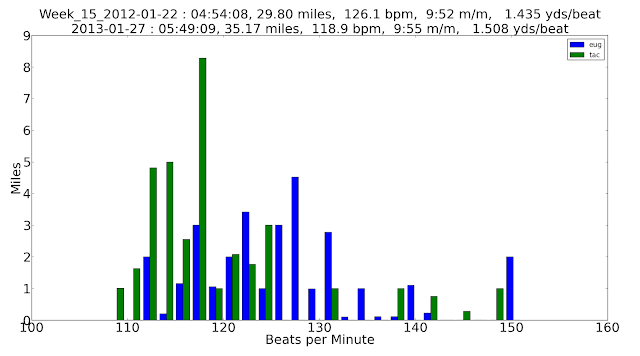 If you look at the paces graph you'll see that the paces are slower too...the average paces are the same for both buildups but I did a lot more slow base of 9:45 this month but not much stuff faster than 9:30. 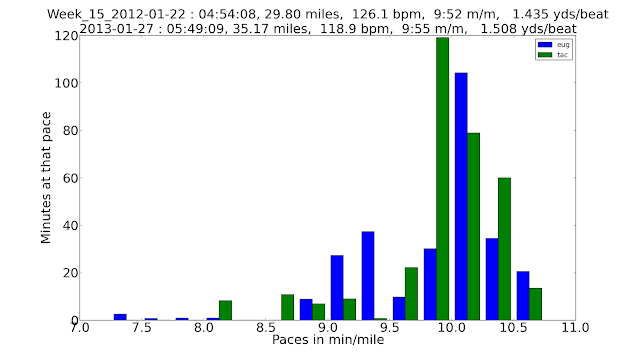 In week 14, we do much better..we are stepped back to 30 miles, the same as Eugene.  Now you see more miles at high BPMs for green (tacoma). Notice the average pace of 9:27 mm vs 9:51 mm for basically the same average HR. Much more efficient now than then. 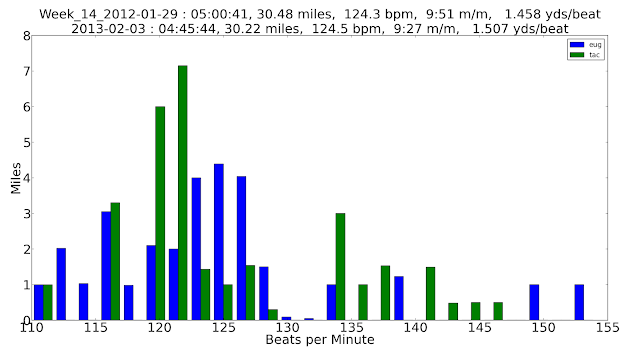 Here you see that the high HR running (those Yassos I've been doing) have made this week better in every way than the Eugene week 14.

So far my legs are holding up well. I plan to try to do a significant amount more fast running on this buildup...like RLRF but not running less but actually hitting the same mileages (or better) too. It's a risk but I think I need to push the paces and get stronger. My HRS are just to darn low at my race paces. I want to go faster ;) 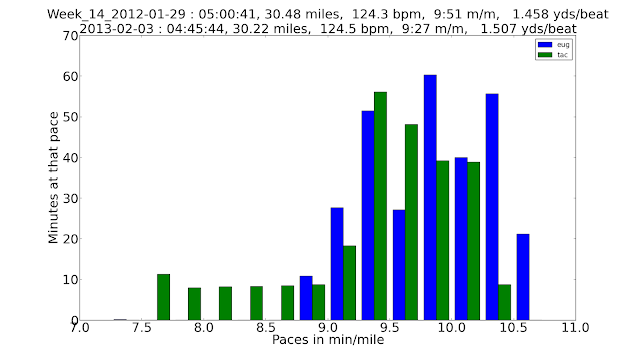