Tuesday I had a nice run. I felt fast and easy and ITCHING to go after my rest day on Monday...I take that as a good sign.

An average  pace beyond "high base" ..I did some fast fartlek running I was feeling so good. Nothing too long but some surges.


Wednesday was a fun run too. It started with me heading out the door and finding a lady with two beautiful large golden retrievers hovering around the storm drain next to our house.


One of the dogs was very upset and barking and sniffing  and looking down the storm drain. It seems that he had dropped his favorite ball down there ...one he'd had since he was a puppy.


The lady was house/dog sitting for some friends and they had specifically told her "now don't lose his little ball....he's REALLY attached to it". So she was pretty upset too.


I looked at it the grate ..oye...very heavy and impossible to lift out without a tool to hook under the edge. The drain was shallow so all you had to do was get the grate off and then reach into the pipe...


I told her to call the city utilities desk...she was grateful for my sharing her angst at least and so I said good luck to her and  started my run...heading for my 9 mile bay trail loop. Goal was to same as previous days..run high base..keep HR under 125 or so. A totally aerobic run...2:4 breathing...conversational pace, etc. 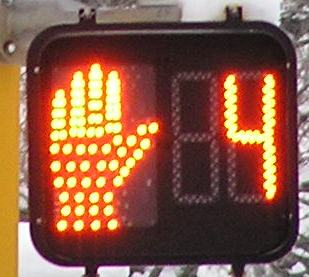 On the way back at about mile 7  I was confronted with a road crossing that was in the 'walk' state...but with only 5 seconds left on the clock (and me about 30 yards away). Probably not a great idea but could not resist flooring it and sprinting across before it went red.


It felt great to do that but my HR was jacked up for a while after as you might expect ;)


When I got back from the run, I saw the local utility guy walking over to the grate with the perfect tool for the job. He lifted it up and reached in the pipe and pulled out a very slobbery, well loved, orange rubber ball.


Right at that moment the women pulled up in her SUV....she was EXTREMELY grateful to see that ball!  ( she'd been surfing ebay and amazon looking for something like it just in case! 8)


The dog is in a happy place again ;)


Here's the run numbers....the usual good economy I have these days..mile 5 is at a place in the trail where I always seem to do really well. It's a mystery...a totally flat place on the tidal marshes...the roadbed is crushed rock which you would think  would be worse than packed gravel..usually there is a real goose (not canadian..tons of those too) I have to dodge him along that stretch. (he's kind of pissed off all the time and hisses at everybody).


Thursday out for a 2.7 mile @ 10:09 pace recovery run...off to Bolder, Co. to attend the H.S. graduation of my nephew..yes, the one that thinks i couldn't finish the Pikes Peak Marathon.


He's really a good kid..just not too swift even if he's everything-cum-laude.


Friday I was pretty tired ...air travel? altitude? 9 mi run two days ago? marathon? not sure why but didn't fight it. I had intended to run about 5 but looped back to the hotel by 3.7. It was bright BRIGHT Colorado sunshine which practically stabs your eyes out and blows you over it's so intense. My pace was dog slow and the HR probably 5 beats high due to the altitude.


Saturday was a day off (the actual graduation) and Sunday I flew home.  When I got home it was 80F and I was going to wait to run but I was getting impatient so I went out anyway. I took a double water bottle and after a couple of miles realized that running 10 was not a good idea.


I cut it short at 5.7..I realized that i probably should run more warmer temp runs if I want to be ready for my relay in Sept..(and the Berlin marathon) ..they could be warm! I drank both bottles of water during my run....at really cold temps that water would normally last 20 miles !