Yikes, almost two months since my last post.  Time to catch up!

Toni and I made a quick trip around the July 4th weekend to see some people back where we are from. First stop was with my nephew Oscar at Dartmouth, NH. Oscar is an incredible cross country skiier and during the summer trains about 22 hours a week with running, roller skiing and weight/strength training.

Oscar offered to take me on one of his mixed trail/road runs over on the Vermont (flatter) side of the river and we did a very fun 10 miles. I have to say he did a great job and leading the run and not going any faster than I could go. 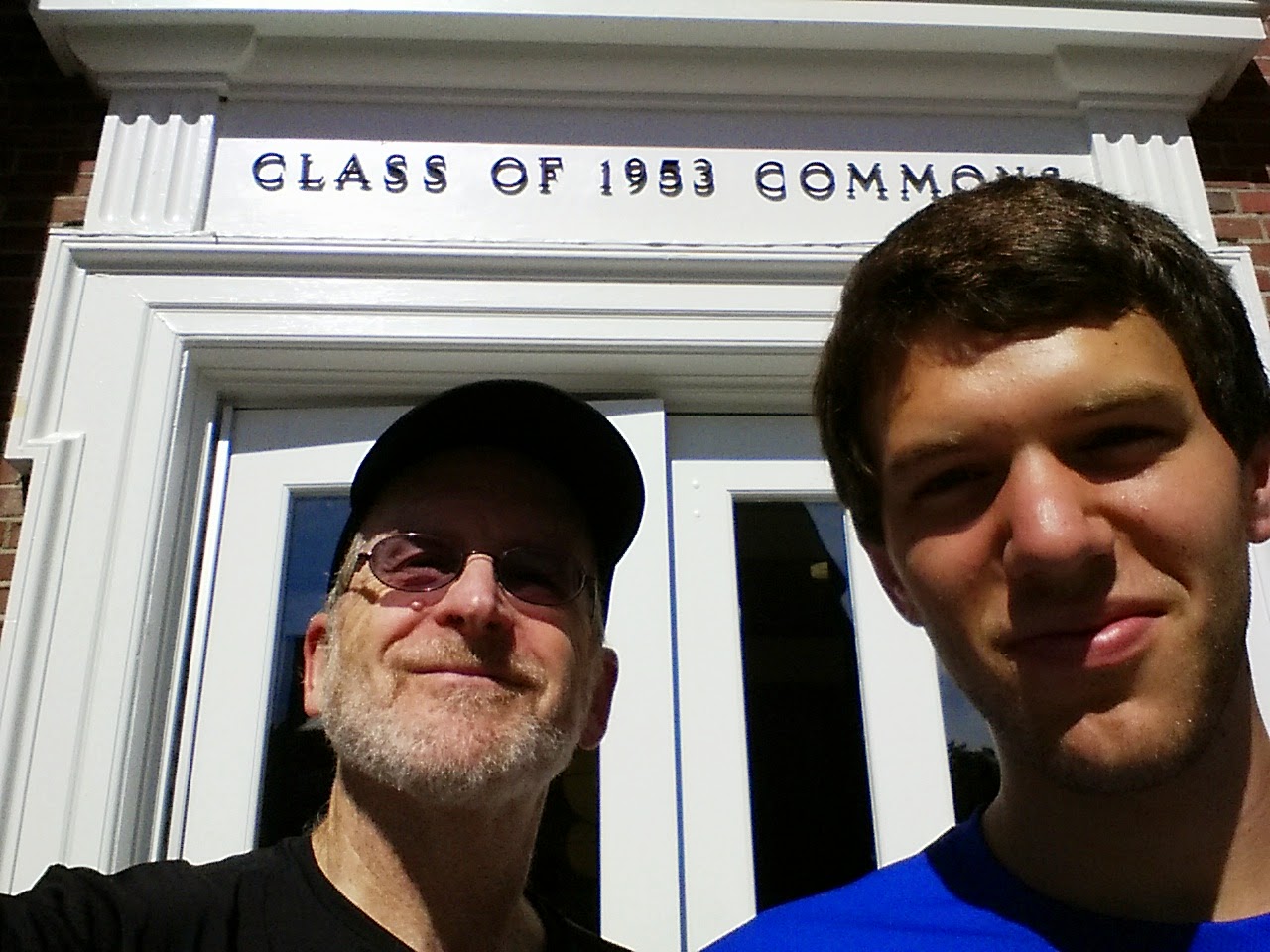 Afterwards, we both chowed down in the dining commons there for breakfast...not bad food, not great either, but did the job. 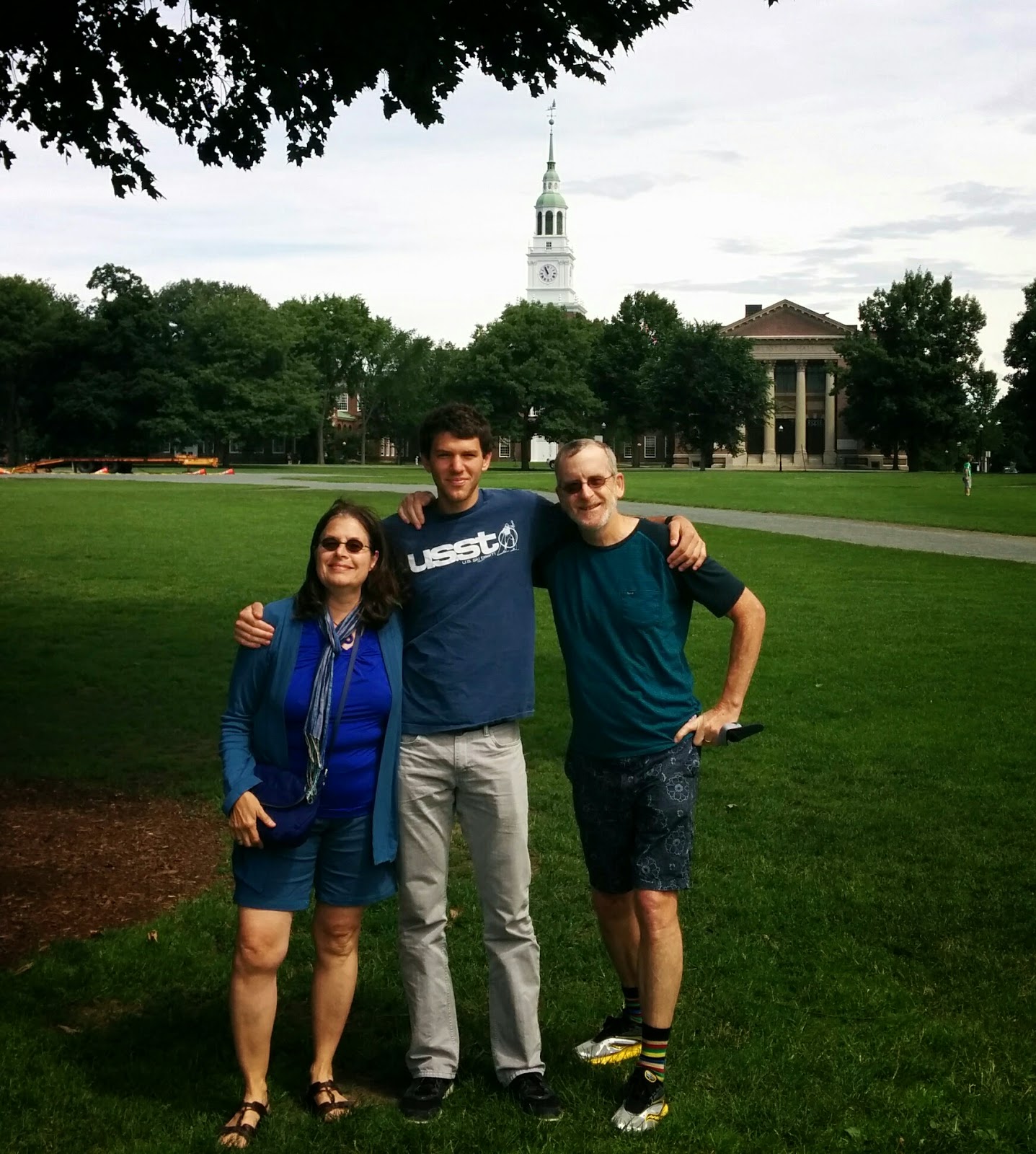 Parting shot: Toni/Oscar/Me on the green at Dartmouth...we had a great tour of the campus and also some nice meals together including breakfast at "Lou's"

Next we drove down to Cape Cod to visit two sets of friends. The place we stayed was right on the Cape bike trail (made from old railway right-of-way) and I had two mornings with wonderful runs on that (first one south, second one heading north) 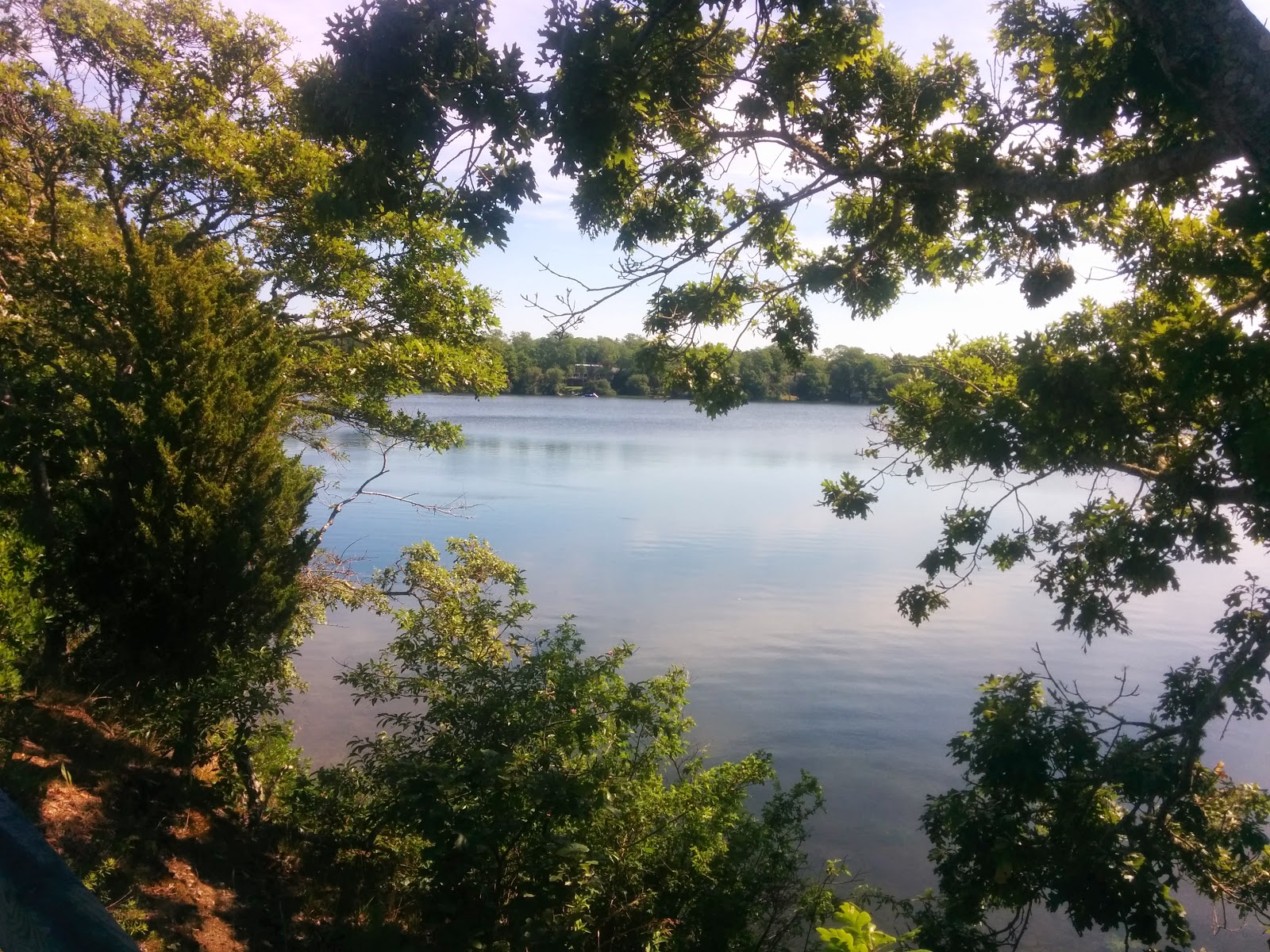 A view from the trail 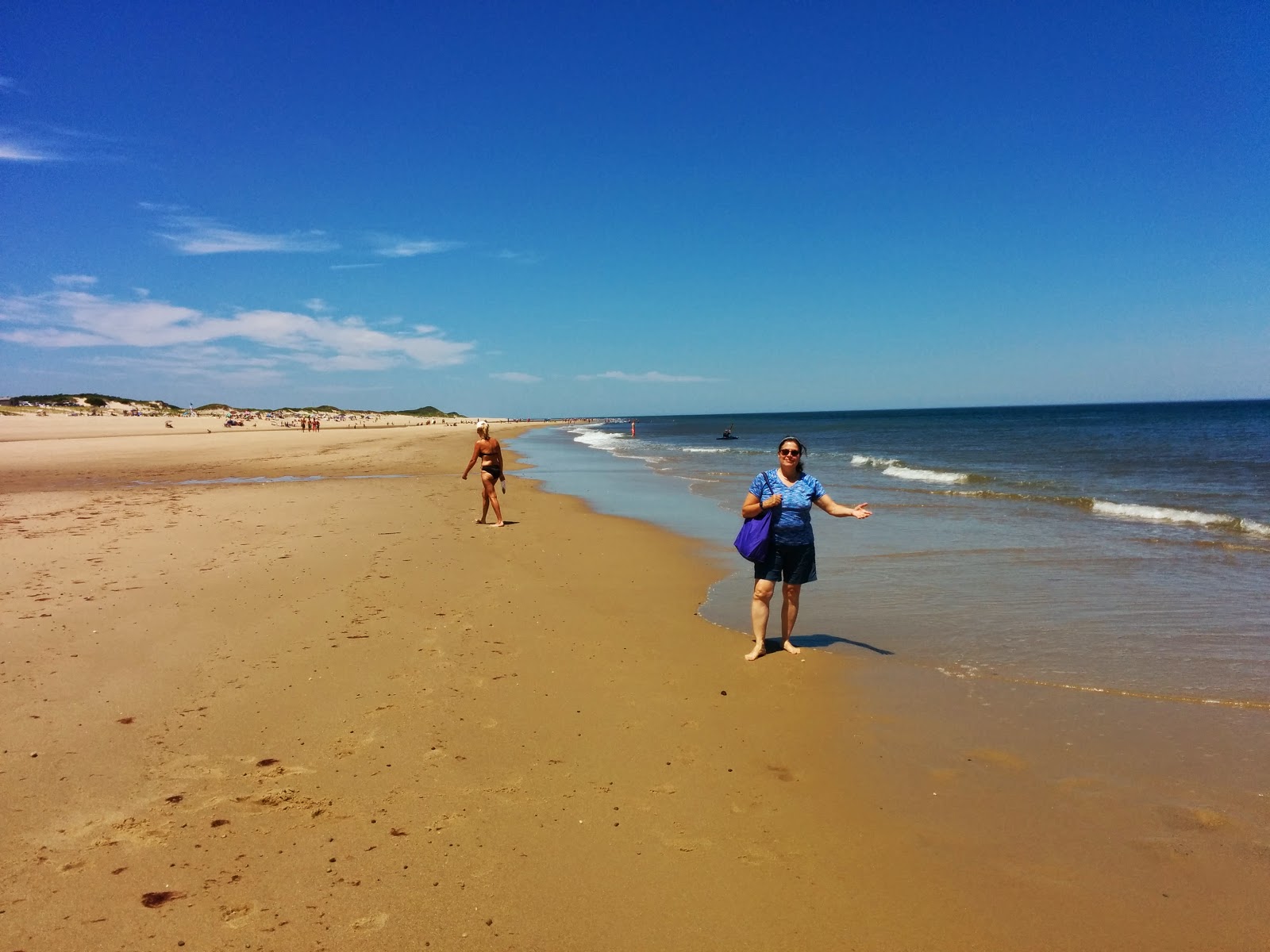 After my high mileage experiment weeks I knew I could do the miles, the issue would be could I do the SOS runs at pace?. I have, but let's just say I don't guild any lilies the day before the speedwork...no extra credit speed for me. I keep the pace exactly where it is supposed to be.

And the paces (except during the SOS runs) is slooow. I'm running 9:50-10:30 m/m for my 'easy' runs. And because of the high mileage and SOS runs those paces are just about right..any faster and I would have trouble.

My ideal scenario is that I BQ at Chicago and then I do Indy a bit easy (or skip) and then I try to do BQ-? at CIM. Ha ha no.

More realistically, Chicago will be too warm or crowded and so I will run it easy, and then try to BQ at Indy, with a fallback of CIM.

I have applied to get into a faster corral at Chicago based on my Eugene 3:54:54 finish.

Somehow I have managed to get my weight solidly under 170lbs during the last two months and keep in there.

I have *never* been able to get this to happen before...always hitting a wall at 172-175.  I think it's the combo of high miles and a busier work schedule that causes me to be eating less.

It's tricky, there have been days when I have not eaten enough carbs and the next day the running is quite difficult. I should also mention that I have been using gel very  sparingly in my runs. Only a small bit just before the run to help my blood sugar a little bit.

There is a lot of data that says for running marathons and other endurance sports that training with less food teaches the muscles to pony up the glycogen for the brain and use fat sooner.

In my Surf City and previous buildups I've always used lots of gel, figuring a harder workout will result, but now that most of my miles are 'easy' I figure I should do them in a fasted state. This works out well, as long as I packed some carbs the day before.

It being the summer there has been some warm-ish days 70F or so and with powerful sun. On one such day on a 10 miler...even though I drank two full water bottles + I weighed only 165.5 after the run.  A couple of quarts low I guess ;)

Speaking of that, I had a very strange turn of events due to running in a bonked state. I had not eaten enough carbs the day before my Thursday  7 mile tempo (MP=8:50m/m). The previous day, Wednesday (which in Hansons is the only rest day)  I had also done a lot of weights and strength training, and had tweaked my left leg a bit at the time.

I set off and wondered how the leg would do. It felt ok to start.

But boy, was I bonked. I took a bunch of gel and hoped that would pull me through. I had a very hard time holding the pace...as I warmed up I knew I would be able to do it. Suddenly my left ham, down near the knee and on the left side started to feel 'tweaky'..you know that feeling..like it's about to spasm?

I adjusted my form to try to offload that muscle but in about 15 seconds it spasmed big time and I had to stop....it hurt pretty bad and I could not walk at all. I was really pissed at myself for getting in this situation. I tried to probe the muscle and see if I could de-trigger it or something but it was still pretty locked up.

This was a problem as I was about 4.5 miles from home, and if I had to walk it I would be late for a work meeting. So I kept fussing for a few minutes and walking / limping ow ow ow.. and after about 10 min I was able to do a very very slow 11+ m/m jog and this carried me home.

I figured I was in for at least a 2 week recovery, if not 3 and was really disappointed for a few hours, but I've been here before and after a time I was more philosophical about it and ok with it.

The next morning, Friday, that leg was messed up.. Strangely though the problem seemed to be the top bit of my left calf muscle, with no sign of any hamstring pull !? I skipped that run of course. At work everytime I got up from my desk I had to limp around...nobody commented but probably they noticed.

I skipped the Saturday run too. The next morning, Sunday, I was supposed to do a 12 miler. Ha ha no.  But..lo and behold my left leg felt pretty darn good. I went out and ran an easy 10:30 6 miles on it and had nary a problem.

Long story short, I was back on track and no sign of any pull ever again. Somehow I had a spasm and not a real tear is my take on it. BUT NO MATTER...I am grateful!

I bought a 620 about 4 months ago and started liking it quite a bit. It was light, had an easier to see font on the screen (fatter numbers than the 620). It also could unload via wifi or a bluetooth link to my phone.

However, once I started Hanson's training I eventually noticed what a lot of people have noticed: the GPS is not as accurate as the 610 (and other previous watches).  They have improved it with some software releases but there are still times where the watch gets a very wonky waypoint and this messes up your lap split.

This is my posting to the relevant Garmin forum:
After running with the 620 for several months, I have gradually become more and more dissatisfied with the watch. I have owned the 405, and then the 610 (which was a lot easier to use than the 405)
The 620 is light, easier to read than my 610 (thicker fonts), has great bluetooth or wifi uploads  and has the livetrack which makes my wife happy when I go out for long runs.
But the watch drives me crazy if I'm trying to do any serious pacing. I go out for a 7 mile marathon pace run. I run in 1 mile autosplit mode and I display the current lap pace. (instant pace is not useful to me on any GPS watch in my opinion) I am patient and hold pace by feel for the first part of a lap and then see if it zeros in on something a bit too fast or too slow..I adjust a bit and as the average gets more weight near the end of the lap I can hit the pace for the lap spot on and be very close the entire time. It's a nice way to develop pace feel to a very accurate level.
So, what happens with the 620 is the track will be way off the route, say to the left. If the route turns to the left the watch thinks I've not done much moving for a time and suddenly docks me on pace 30s/ mile or somesuch. It's really frustrating because of course I know I'm holding pace just fine. Straight line courses are not as much of a problem, but courses that turn a lot or snake back and forth will accumulate errors.
Today I ran the same course with both watches (10.5 miles) and the 620 reported 12 seconds per mile slower for the run because of this corner-cutting it thinks I'm doing from time to time. That is too much error for me.
It seems that the 620 has lost some GPS sensitivity due to the lack of the rigid 'wings' on the 610 band...you just can't get as much signal with the smaller internal antenna in the 620.
The Garmin folks are trying to do fancier smoothing algorithms etc to compensate but you just can't do as well when the data is less accurate and you have curves and turns. (Averaging works great for straight runs).
I don't expect GPS watches to be perfect..e.g. I would never expect them to be correct on a track..I'll just punch my own splits there. But I am sad that the accuracy has taken such a step backwards.
I have run many smaller marathons where there are NO mile markers.. you only have the watch to go on. It would be very depressing/demoralizing to think I am 30s off pace for a mile if that happened late in the race. So I'll guess I'll keep my 610  when I care about the best accuracy. Sigh.
Alas, Just to totally take the cake, Garmin makes it impossible to have Garmin Express and Garmin Ant Agent on your computer at the same time. So difficult to do things with 620 and 610 on the same machine.
I am running with 2.8 firmware, 3.1 gps. I have not been offered 2.9 in garmin express and that's probably a good things given the headaches it's caused people. I really don't think the problems that are being seen can be fixed in software. The watch just has less sensitivity so sometimes it's just going to disappoint vs your old watch. A bad tradeoff was made for a smaller watch/band. I wish I was wrong but I really don't think so.
signed
sad garmin 620 user
************

All my coming marathons should have good mile markers so with a pace band I'll be ok and probably wear the 620. 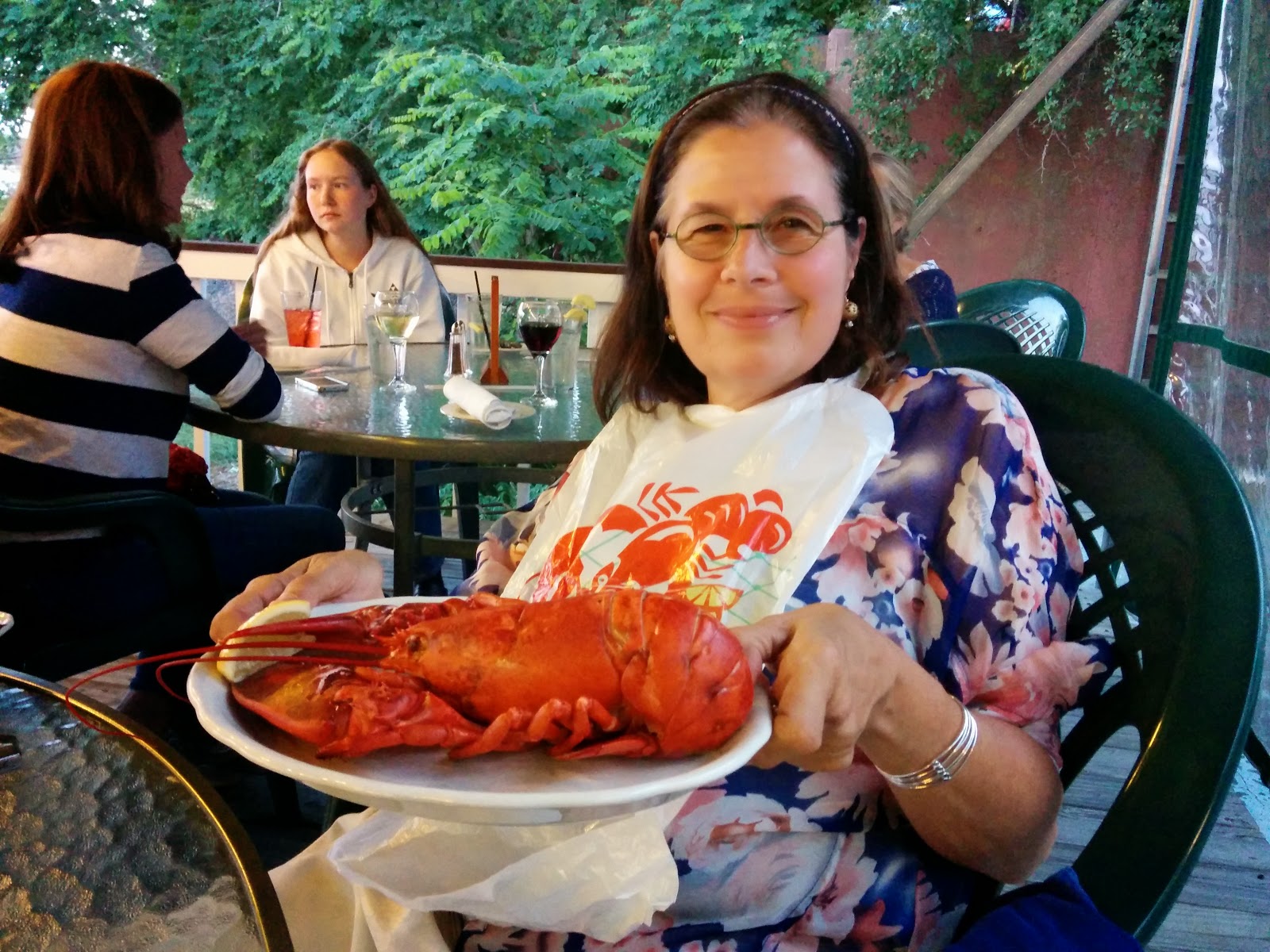 What you eat on Cape Cawwwd!