The BQ and Father Time. 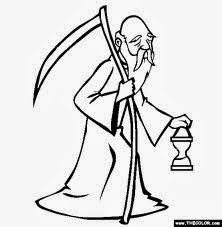 Sitting and talking (and eating) with another older runner after running a 4:06 at the 2010 San Francisco Marathon,  I mentioned that it seemed pretty hopeless for me to run a 3:40 and qualify for Boston...his response was prophetic "You can age into it...".

Hmm. I looked and it turned out that for age 60-65, the time increased to a 3:55 which seemed much more doable.

So, I need to duplicate my performance at age 56 when I'm 59 later this year. What do the statistics say?

The following table shows my PR time scaled back to 24 years old, and more germane, forward in time.

I have heard at least one person say (and you may remember him) that "anybody can BQ if they really want it".  Sorry, I don't agree. There is a huge range in innate ability..and some people even after optimal training will come up short.

For example, somebody may be born with all fast twitch fibers, or with crappy VO2 max ...and there some very unlucky people  that show NO improvement in VO2 max with training.  (Man, that has to really suck, but presumably they have some other advantages we don't know about.)

So, it's close .....working in my favor is that marathoners do improve for about 10 years and I'm only 6 years in. I've only cracked the code on how to train really hard in the last couple of years. Perhaps my improvement can cancel out my slowdown. Or, I may be lucky and slowdown less than the average person.

I won't know if I don't try. If it doesn't happen this year, I can keep trying, but my body will be getting older and the BQ times stay the same, so time is of the essence. There are some good signs: I sped up 3 minutes in the HM from 2009 to 2013. I should have slowed down by 4 minutes.

Come age 65 the BQ time ratchets down another 15 min which gives me another chance.

If I do BQ, I'll probably not be able to actually run at Boston.... it's so crowded and the fastest people in each age group are given first in line for sign up...but that's ok. Just knowing I did it would be good enough for me.

I have already made it clear to Toni that the boards need to be clear this fall:  I intend to run Chicago for fun, i.e. as a training run and then I plan to hit CIM with as much stacked in my favor as possible.  You can bet if it's a good day and I'm healthy I am going to put every last erg of energy on that course to stay sub-3:55.

(And I'll have a backup race a couple of months later in case the weather is a bust ;)